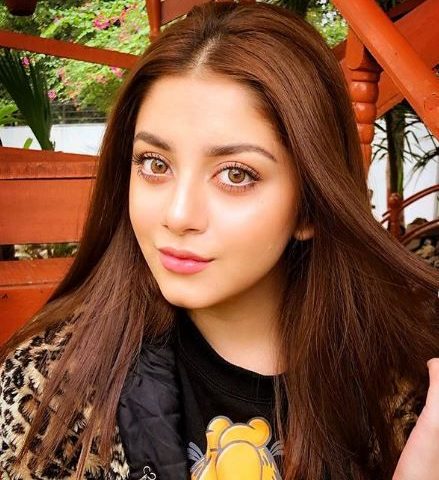 Alizeh Shah is the newest show-stopping sensation on Pakistani television. She has proven her worth by landing major lead roles in a number of drama serials alongside well-known actors.

She quickly rises to become one of the most admired actresses and models. Take a look at these fascinating facts about Pakistani actress Alizeh Shah.

The actress gives a shocking statement in Pakistan TV show “Mazaq Raat” says “I am so jaded with Fawad being everyone’s crush that I can’t indulge as well.”[1]

Alizah Shah is using the mobile application “tik-tok” to showcase her acting abilities to the world. She makes funny tik-tok videos and posts them on Instagram on a regular basis.

The actress was with her mother in a shopping mall when she was approached by Ajmal Murad, a well-known commercial director, for a TV commercial. Her mother was initially hesitant, But the team persuaded her to let Alizeh work with them, And she began her career as a commercial artist at the tender age of six. [2]

Alizeh and her father have a close relationship, and both of her parents are supportive of her career and passion as a performer.

5. Wishes to Go Abroad for Education

The actress wants to pursue her education abroad and for that purpose, she is also saving money.

She has also shown us her singing skills through her Instagram post. She sings quite well and  we hope her to be the singer as well in the near future

The actress has also faced some serious criticism throughout her career for wearing revealing clothes.