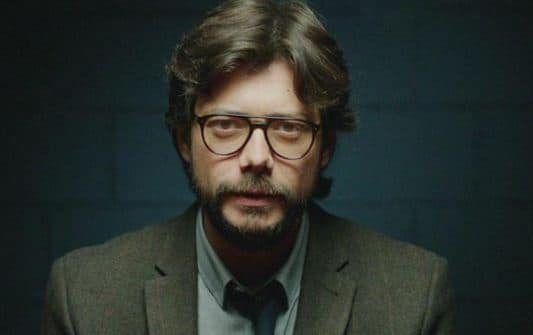 Alvaro Morte has become a celebrity in his native Spain in the nearly 20 years since his acting debut. He has appeared in a number of popular Spanish films and movies and has become well-known for his diverse range of abilities. Morte’s talent was introduced to American audiences in 2017 through his role as El Profesor on Money Heist.

Morte’s career is already reaching new heights as a bona fide international star. Today we have some interesting facts about the actor that will make you love him even more.

In 2011, Alvaro Morte was diagnosed with a cancerous tumour in his left leg. Even though the Spanish actor triumphed over cancer, he revealed in a 2016 interview with the British newspaper The Observer that he thought he was going to die or have his leg amputated. [1]

2. Owner Of A Theatre Company

Alvaro is a businessman in addition to being an actor. He and Blanca co-founded 300 Pistolas, a theatre company in Spain, in 2012. Hopefully, the venue will provide opportunities for artists to showcase their talents.

3. Plan A Was Not To Become An Actor

Many successful actors have always felt compelled to entertain others, but Alvaro Morte is not among them. Alvaro’s plan A was not to become an actor. He was in school studying to be an engineer before pursuing a career in acting.

4. Was Actually A Professor In Real Life

Although Alvaro bears few resemblances to his Money Heist counterpart, the two do share one interesting detail. In real life, Alvaro was a professor. He briefly taught at a university in Finland.

5. Has Mixed Feelings On The Success Of Money Heist

He Has Mixed Feelings About the Money Heist’s Success. Being on a popular show like Money Heist has changed Alvaro’s life. The show has provided him with numerous new opportunities, but he is still unsure how he feels about them.

6. Gave Five Auditions To Get The Role Of Professor

Alvaro Morte had to compete with a slew of other actors for the role of El Professor. He had to beat out A-listers like “Raymond Reddington” (The Blacklist) and “Michael Scofield” (Prison Break). He failed the first time because he thought Money Heist would be a carbon copy of Ocean’s Eleven and that he needed to be more like George Clooney, but thankfully he got it right.

7. Would Love To Use The Money For A Good Cause

If you’re a Money Heist fan, you’ve probably considered what you’d do if you had the kind of money the characters on the show do. Alvaro Morte most emphatically has. He says that if he had the money, he would use it to help fund a Coronavirus vaccine.

When many people achieve success, the first thing they want to do is relocate far from home. But that’s not how Alvaro decided to go about things. He was born and raised in Spain, where he currently resides with his family.