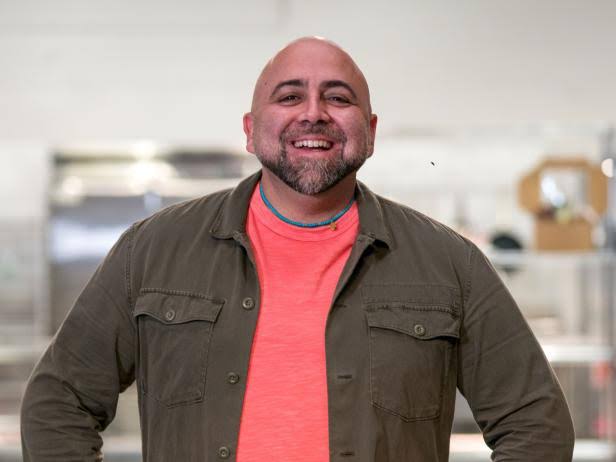 Duff Goldman, the owner of Duff Goldman Bakery and TV chef, is known for his imaginatively constructed cakes. From boxes of crayons to Betty White to a spinning R2-D2 for “George Lucas”. But the Ace of Cakes’ allure extends far beyond his sweet tooth.

He may not have changed the way we eat, but he has altered the way we bake. But there’s still a lot to discover about the Ace of Cakes. Here’s everything about Duff Goldman you probably don’t know.

The cake master is passionate about a variety of causes. That includes assisting police officers, firefighters, teachers, the military, Habitat for Humanity, and the Lower East Side Girls’ Club. He is also active with No Kid Hungry and the Save a Child’s Heart Foundation. [1]

2. Once Worked At Mcdonalds

Duff worked at fast-food restaurants and greasy spoons in high school before going on to study at the Culinary Institute of America. His humble beginnings as a McDonald’s fry cook provided him with a wealth of culinary knowledge.

It’s no surprise that the pastry chef inherited her mother’s artistic abilities. Prior to creating images out of icing and fondant trimmings, he expressed his creativity in a more rebellious art form: graffiti. “My mom was completely freaked out when she found out I was a graffiti artist,” Goldman tells Spoon University.[2]

Goldman’s activities are not limited to the kitchen. The chef, who is a huge music fan, has played bass guitar in a number of bands over the years, including the pansori band Messgram and Foigrock.

It’s impossible to watch any cooking show without wondering how they manage to stay healthy, and this is especially true for shows that focus on the most delectable part of the meal. Goldman took to social media in August 2017 to show off his impressive weight loss. [3]

Goldman’s cookbook was released in 2015, and he told Baltimore that he wanted to create something that was not only informative but also approachable. Baking, he said, can be scientific enough to be intimidating, and he wanted to dispel the misconception that it has to be boring. [4]

7. Got Injured In a Motorcycle Accident

Anyone who follows Goldman knows he’s a huge motorcycle fan, so much so that he’s worked riding into some of his projects. However, in 2012, he was involved in an accident that ended badly but not as badly as it could have and he told US Weekly that it helped him put things into perspective. [5]