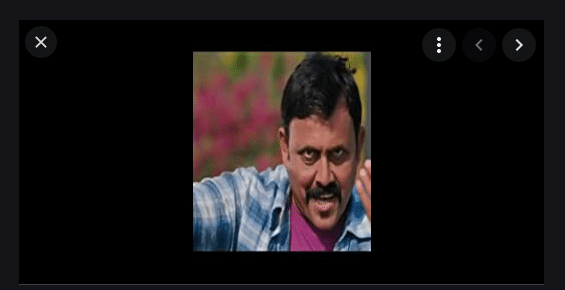 Naushaad Abbas is an Indian actor who works in the Bollywood film industry. The actor has worked in many Hindi films but is mainly known for portraying the best role in the film named ‘Dilwale’ which was released in the year 2015. Apart from this, he worked in Coolie No.1 (remake) which was the best release of the year 2020, Race 3 in 2018, and many more that are popular. There is no doubt that he is a talented guy who has been giving heart-winning performances since the start of his career. Well, the actor got much recognition and praise from the viewers. And now he is considered among the household names of the Bollywood film industry. And what’s more? Abbas has shared the big screen with Bollywood biggies and that’s a big win for him. However, there are many things left to know about him, and here we are going to share some lesser facts to tell you a bit about his personal and professional life. So, let us have a look at these unknown things we have compiled for you!

During his acting career, the actor, Naushaad Abbas has got the chance to work with Bollywood biggies and emerging stars including superstars Shahrukh Khan, Aamir Khan, Kajol, and others. While among rising stars, Kartik Aaryan, Sara Ali Khan, and others are popular.

Throughout his career, Abbas gave wonderful performances and some of them are most popular including ‘Dilwale’, ‘Race 3’, ‘Coolie-No.1 (remake) in which he shared the screen space alongside brilliant stars.

Here we are going to share something interesting that Naushaad Abbas is known for not just acting talent, yet for being a stunt man as well. And we are sure you guys did not know about that!

In 1981, Naushaad Abbas looked for work and after releasing the superhit film named ‘Hero’ in 1983, his friends started calling him Jackie as he has some resemblance and he adopted his style. Later, Jackie Shroff helped him to enter the film industry.

Once in an interview, Naushaad Abbas shared that he is grateful to Jackie Shroff who helped him in his career beginning. And later, he proved himself and became a successful actor.

The actor, Naushaad Abbas made his acting debut through a film named ‘Bhrashtrchar’ which was released in the year 1989. Since then, he never looked back and gave his best to the cinema by giving heart-winning performances.

The actor, Naushaad Abbas worked as a body double for the Bollywood superstar, Aamir Khan in the film named ‘Jeeta Wohi Sikandar’ which was released in the year 1992. Also, he worked in the film ‘Baazigar’ for Shahrukh Khan.

The most talented actor and stunt man, Naushaad Abbas did his first stunt for the famous Bollywood actor, Ashok Saraf who is known for his brilliant acting prowess and comedy skills.