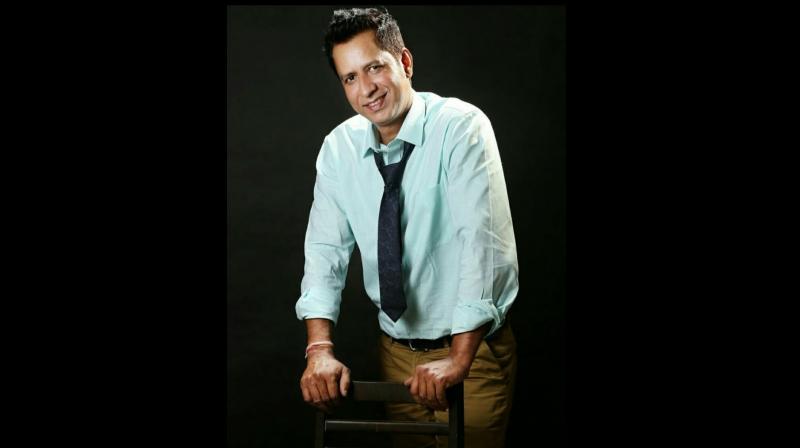 An Indian actor, Sanjeev Pandey who is famous for his admiring acting talent as he has been enthralling the larger audience with great acting chops. The actor works in Indian television serials and is mainly known for appearing in ‘Porus’ (a television series) and ‘Sasural Simar Ka’ which became an instant hit of the year. The actor rose to fame after playing Bessus in the television series ‘Porus’. While he has also made an appearance in Abhishek Bachchan’s ‘The Big Bull’.There is no doubt that he is such a talented actor who has the capability to win the hearts of many with his excellent acting prowess. Well, to know more about him, there are many things to know that we have compiled for you. So, let us have a look!

Sanjeev Pandey is an unnoticed actor for many of us who don’t know him properly. But here we are telling you that Pandey is among those who have got the chance to work along with Bollywood biggies.

The actor has acted in many film and television projects but became famous for giving heart-winning performances in the television series ‘Porus’ and a television serial named ‘Sasural Simar Ka’ for which he got much praise.

Sanjeev Pandey took the start of his career with Padatik Theatre Kolkata and later, he moved to Mumbai where he started appearing in television serials, such as; Crime Patrol, Savdhaan India, and later appeared in Porus.

The actor, Pandey has worked with Abhishek Bachchan in his big-budget movie named ‘The Big Bull’ which was produced by the famed film producer Sohum Shah and he co-produced with the action actor, Ajay Devgan.

Once in an interview with a media portal, Sanjeev Pandey revealed that he felt pleasure when he got to know that he is going to share the screen space with Bollywood superstars, Abhishek Bachchan and Ajay Devgan in their movie.

Sanjeev Pandey is known for his versatility as he has the ability to fit himself in each character. He appeared in all kind of television shows including Porus, Crime Patrol, and others for which he got famed and praised by everoyne.

Apart from working in the big-budget movie ‘The Big Bull’, he also worked with the internationally acclaimed film named ‘Scotland’ a Bollywood film which was directed by Manish Vatssalya.