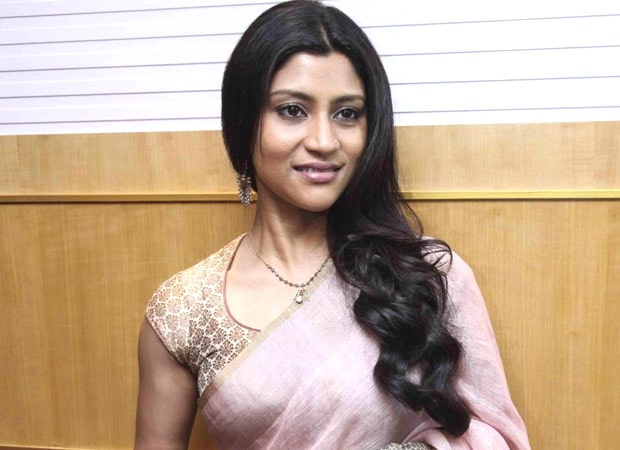 The stunning black beauty, Konkona Sen Sharma, an Indian actress who works in Hindi language films and predominantly gives amazing performances in Bollywood films. She has acted in many Bollywood and Bengali films but she became famous for her brilliant performances in the films ‘Aja Nachle’ and ‘Laaga Chunari Mein Daagh’ for which she got many awards. Konkona Sen is not just good at acting, yet writing and direction as well. She has worked on many films as a director and got acclaimed for her talent. Konkona Sen has proved herself as the best actress in Hindi cinema and even her fans never stop praising her for her tremendous performances. However, today we are going to share some lesser facts about her so that you guys can know more about the Bengali beauty.

1- Strong Association with the Industry

Konkona Sen Sharma has a strong association with the industry as she is the daughter of the renowned filmmaker and actress Aparna Sen Sharma who predominantly appears in Arthouse Independent Films and has achieved so much in the genre.

Being a talented actress, Konkona Sen Sharma got the chance to work in mainstream films, like; Laaga Chunari Mein Daagh’ in which she shared the screen space alongside Rani Mukherji, Abhishek Bachchan, and others.

The actress, Konkona Sen Sharma’s father Mukul Sharma is a writer and journalist. While her mother, Aparna Sen Sharma is an actress and filmmaker. And Konkona has an elder sister named Kamalini Sen Sharma.

Konkona Sen Sharma is so voracious as she loves reading books to entertain herself, to know about the people and their cultures from different perspectives. That’s why she always takes time out for reading. Well, her favorite book is ‘Hooked to this is how you lose her by Junot Diaz.

The actress is extremely active on all her social media accounts where she uploads enthralling content to amuse her millions of fans and followers who are like a strong support system to her.

Once she landed in the fire as the rumors were speculated about her wedding that she married Ranvir Shorey in a haste due to her pregnancy before it. Also, there were rumors about her divorce but later, it went resolved.

When it comes to her favorite Bollywood actors, Konkona Sen Sharma always praises Irrfan Khan (late) and Tabu for their admiring acting talent and their dedication to their work and profession.

In 2002, Konkona Sen Sharma appeared in an English movie named ‘Mr. and Mrs. Iyer for which she was honored with the National Film Award for the category of Best Actress. And it was like a big win for her.