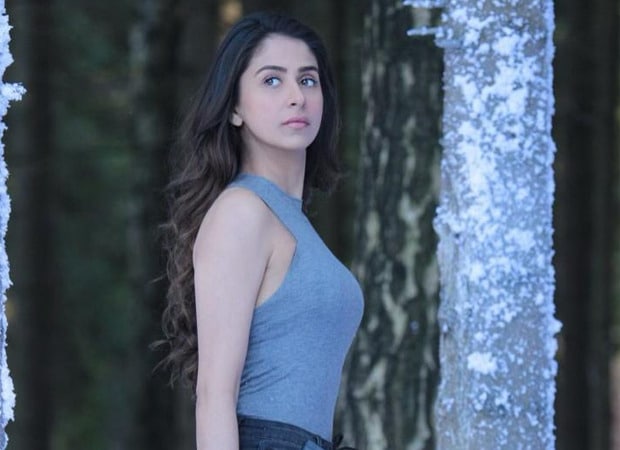 Malvika Raaj, do you guys recognize her? Who is she? Let us tell you! The young actress is none other than one who portrayed the role of Kajol’s younger sister in the Bollywood blockbuster ‘Kabhi Khushi Kabhi Gham’. Yes… She is the one who is famous for her dialogue ‘Chandu Ke Chacha Ne Chandni Chowk Pe Chandi Ke Chamach Se Chatni Chatai’. And now, how about if we tell you that the youngest star has been doing a wonderful job since she became famous for her role in K3G’. She has given another appearance in ‘Squad’ a Bollywood film for which she got much appreciation from the audiences. Here we are going to share a sneak peek of her personal and professional life so that you will know more about her. Let us have a look!

Malvika Raaj is active on her Instagram account where she connects with her fans and admirers. They never forget to praise her for the achievements and success she earned in her career life. Undoubtedly, she is such a great actress.

Malvika Raaj is known for appearing as a younger sister of Kajol in the Bollywood blockbuster ‘Kabhi Khushi Kabhi Gham’ in which she acted alongside Bollywood biggies, such as; Shahrukh Khan, Kareena Kapoor Khan, Amitabh Bachchan, and Jaya Bachchan.

The young star, Malvika Raaj kick-started her acting career at the age of 11. It was the time when she debuted through a Bollywood blockbuster ‘Kabhi Khushi Kabhi Gham’. It is a big win for her that she got a chance to work in the most popular film.

4- Family Was in a favor of Education

Once in an interview with a media portal, the actress revealed that her parents were in a favor of her education as they want her to focus on that. She didn’t want to be among those child stars who drop out from their studies. That’s why first she completed her studies.

Malvika Raaj now realized and appreciate the wise decision of her parents who didn’t let her continue acting. That’s the reason, she stopped working in the films and first completed her studies. But her dance training was going on side by side.

The actress once shared that she still meets the director, Karan Johar, and every time they share very sweet and cute emotions. Malvika Raaj stayed in touch with her favorite stars during the period of pause.

7- Comes from a family of Filmmakers

Malvika Raaj comes from a family of artists as she was born to the renowned filmmaker Bobby Raaj. She is the granddaughter of the famed actor, Jagdish Raaj. That’s the reason she has connections with filmmakers but hasn’t used them yet.

The actress debuted through a Bollywood film as an adult. She paired up with the actor, Rinzing Denzongpa in the film. He is the son of the veteran actor, Danny Denzongpa. Apart from acting, she has been working as a model since the age of 17.