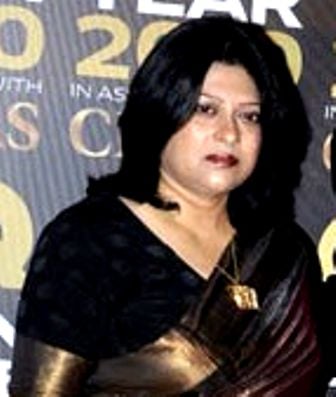 Samyabrata ray Goswami is a news producer and co-owner of Republic TV, a news channel in India. She is well-known because of her husband, “Arnab Goswami”, a well-known journalist. His ability to produce news has inspired many people, including her.

If you’re interested in learning more about her, you’ve come to the right place. As previously stated, we have some unknown facts about her that you probably did not know.

1. Starting Of Her Career

She began her career as a print media journalist, contributing to publications such as “Anand Bazaar Patrika”, “Tehelka”, and “Down to Earth”. Despite the fact that she was only at the beginning of her career, she was already gaining a lot of attention for her work.

2. Never Been On Camera

She worked for ABP until Arnab founded Republic TV. Despite the fact that she runs a news channel, she has never been on the field or on camera to comment on current events.

Samyabrata’s notable works include revealing that “Sheena Bora” is “Indrani Mukerjea’s” daughter rather than her sister. The Telegraph published her in-depth investigation report.

Her Husband Arnab Goswami shared a video on Thursday alleging that Congress interim president “Sonia Gandhi” ordered goons to attack him and his wife “Samyabrata Ray”. “Himanta Biswa Sarma”, an Assam minister, and veteran actor “Anupam Kher” were among those who expressed concern for Samyabrata. [1]

Aside from being such a well-known personality, she prefers to drive a car herself rather than hiring a driver. She shared her driving reels on Instagram, where she can be seen having fun with her car.

Although she was already well-known for her work, she shot to fame when Mumbai Police apprehended her husband, Arnab Goswami, while she was filming a video. And Samyabrata was always by Arnab Goswami’s side when he was in trouble.

Despite the fact that she is a news producer and the wife of a well-known journalist, she has kept her personal life private. She is one of those who believes that sharing their personal lives on social media can have a negative impact on it.