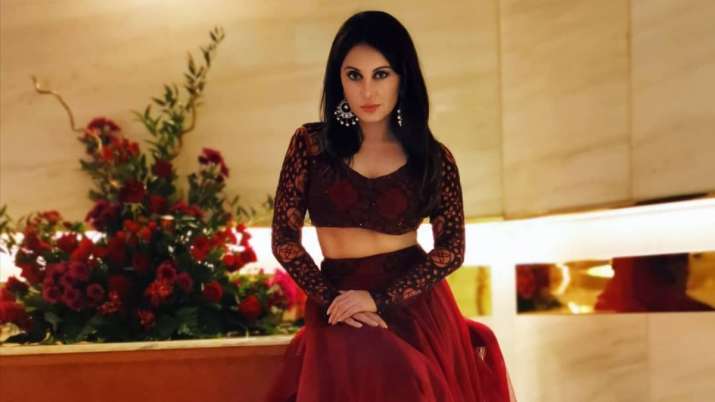 Minissha Lamba, a well-known film actress, hailing from India who is also a poker player and predominantly works in Hindi cinema where she did many movies for which she got much recognition during her career life. The actress took the start of her career through a film titled ‘Yahaan’. Since then, she has been a part of many films. While among her notable films, some of them are Honeymoon Travels Pvt Ltd, Bheja Fry 2, Well Done Abba, and many more. Also, she took the part in the reality television show titled ‘Bigg Boss season 8’ hosted by Salman Khan. However, the actress has achieved so much during her career life and still looking for unique roles to play. Today, we are bringing you some lesser facts to know more about the gorgeous lady. So, let us have a look!

The gorgeous, Minissha Lamba is a multi-talented star whose skills are not confined to just acting, yet she is a great model and dancer who is managing her professions together in a balanced way. That’s incredible!

Minissha Lamba loves doing fun in her leisure time to make her me-time special as she loves dancing, singing, and traveling. Once she revealed that she often goes out and hanging out with her buddies to spend quality time with them.

The controversy sparked when Lamba revealed her secret relationship with Aarya Babbar (son of the veteran actor, Raj Babbar) on the sets of the Big Boss season 8. It was the time when the couple got close.

Being a food fusion, Minissha Lamba loves trying out a variety of food items but when it comes to her favorite, she never forgets to count Sambhar, Dosa, Idli, and Carrot Cake.

Among her favorite stars, Minissha Lamba adores the most celebrated stars Ajay Devgan and Madhuri Dixit Nene for their superb acting prowess, remarkable performances, and dedication to their work.

Minissha Lamba got married to Ryan Tham who is the owner of Juhu Night Club, located in Mumbai, India. The couple has separated their ways as things did not go well between them. Lamba announced and confirmed the news on her social media handles.

8- Aspired to become a Journalist

Minissha Lamba pursued a degree in the field of English and she did honors. Once in an interview, she revealed that she wanted to become a journalist during her teenage, but later found her interest in acting and she pursued it as a career.