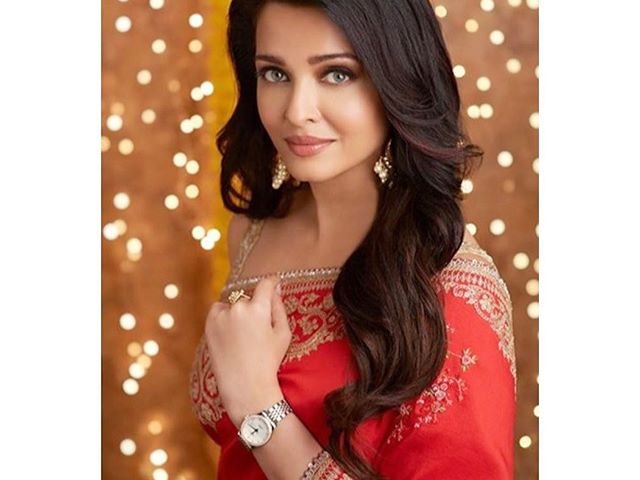 Aishwarya Rai is an Indian icon and an internationally famous actress who stepped to the successful actress of the Bollywood to the Hollywood and then became the L’Oreal Ambassador. The gorgeous actress of India was born on 1st November 1973, in Mangaluru, Karnataka. She belongs to a Tulu speaking Tulu Bunt and a well-educated family. She is the daughter of an Army biologist Krishnaraj and Vrinda, who is a homemaker. Her father has died on 18 March 2017. Rai has only a sibling, her elder brother, named Aditya Rai who is a merchant navy’s engineer. Aishwarya got her higher education from the Arya Vidya Mandir High School. After which she attended Jai Hind intermediate College for a year. She next then got admission to DG Ruparel College in Matunga where the talented actress got 90 percent in the HSC exams.

Aishwarya’s one of the famous films, Dil Ka Rishta is her family film

It was amazing that the actress does not have any artistic background but one of the famous Indian film Dil Ka Rishta of 2003 was co-produced by Aishwarya’s elder brother Aditya Rai whereas co-written by her mother Vrinda. The film got huge success in the box office. It was Rai’s one of the critical and commercial success films.

Winner of the Miss World title

Aishwarya has made her mark globally and won the Miss World pageant title, in 1994, along with five other big sub-titles in the same beauty event, including “Miss Catwalk”, “Miss Miraculous”, “Miss Photogenic”, “Miss Perfect Ten” and “Miss Popular.”

A post shared by AishwaryaRaiBachchan (@aishwaryaraibachchan_arb) on Oct 21, 2019 at 3:35am PDT

She is the highest-ranked Bollywood actress

Aishwarya remained the highest-paid actress for a long, additionally though then, she is also considered as one of the high-ranked actresses of the Bollywood. Rai is the nominee of 10 Filmfare Awards, and also is the winner of two Best Actress trophies for her outstanding performance in “Hum Dil De Chuke Sanam” in 1999 and “Devdas” in 2002.

She has receive the fourth-highest Indian civilian honorary award, the Padma Shri, by the Government of India for her great contributions to the arts. Additionally, she was honored by the national order of France, named the Ordre des Arts et des Lettres by the French Government, in 2012.

The guest on The Oprah Winfrey Show

Rai was the first-ever Indian actress/actor to be invited on one of the highest-rated daytime talk show in the history of American television “The Oprah Winfrey Show,” which was aired on WLS-TV in Chicago, Illinois. The show was globally popular and based on the American syndicated talk shows. The show was produced and hosted by Oprah Winfrey from1986 to 2011

Rai is one of the global beauty of India, and therefore was the first Bollywood actress who has ever been the jury on the Cannes International Film Festival which was held on 14th May 2003 and ran till 25th May 2003.

She was one of the brilliant students

Aishwarya was one of the talented students at her college and got a 90% score in the HSC. She had a keen interest in the Zoology and wanted to pursue her career in medical science. Eventually, Rai turned out her interest and decided to become an architect. For the pursuit of her interest, she got admission at Rachana Sansad Academy of Architecture. Later on, she again dropped this interest too and started her modeling career.

A global recognition before winning the Miss World title

During the years of 1992-93, when Mumbai riots were running, Aishwarya shot one of the world’s famous Pepsi ad within the just one night alongside Aamir Khan and Mahima Chaudhry. Her single-line dialogue– “Hi, I’m Sanjana,” in the Pepsi commercial garnered Aishwarya’s huge public recognition worldwide.